Ernest Gulbis squanders all his earnings from the last Roland Garros tournament on ... gambling! 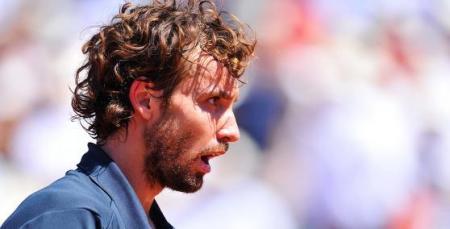 The Latvian tennis player, Ernest Gulbis who is as talented as he is inconsistent, has frittered all his earnings from Roland Garros on casino games. The sportsman who reached the semi-finals of the international French tournament has a habit of sustaining gambling losses which are both heavy and constant. They are also public knowledge as he has made no attempt to conceal them regardless of their detrimental effect on his image. Find out more about the controversial sportsman in this article.

Latvian tennis player, Ernest Gulbis, who reached this year’s semi-finals at Roland Garros, has seen his hard earned winnings from the very tournament vanish at casino gaming tables; with blackjack being the particular culprit which emptied his pockets of every single penny. The 26-year-old tennis player even admitted his heavy casino losses to a journalist at the Gazzeta dello Sport (Sports Gazette). He however attempted to mitigate his irresponsible behaviour, claiming that he had "lost a part of his Roland Garros earnings". The true extent of his losses however came to light when it was revealed that the sportsman had blown € 412,500 – a considerable balance by any standards - in a matter of hours. How was it even possible to loose such a sum?

If Ernest Gulbis himself remains unperturbed by such a loss it is worth noting he is the son of a billionaire entrepreneur and an extremely wealthy actress. He also happens have both a renowned film producer and a popular basketball player as grandfathers. Money is therefore no object for the sportsman!

Ernest Gulbis, the one player who never fails to grab headlines! 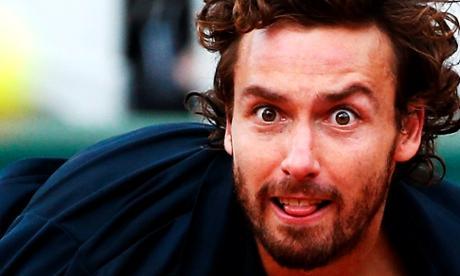 Ernest Gulbis, is more than an ordinary tennis player, he is a media phenomenon and that is one status he has no problems with.

Ernest Gulbis it seems, has never lacked for anything. Which has given him the attitude of a spoiled little boy. He is capricious, arrogant, and unpredictable and above all, loves to keep boredom at bay by engaging in acts that are often seen in a dim light. At the Monte Carlo tournament in 2013, he lost a penalty game after smashing his racket on the ground the first time then smashing the ball with his foot and destroying a second racket in quick succession. As can be expected, there are (financial) consequences and repercussions for being a sore loser in tennis!

Another notable escapade of the tennis player includes spending a night in jail for soliciting prostitutes in Stockholm; prostitution is prohibited in Sweden. There is also his very narrow view of male / female relationships. “Courting and flirting with a woman, demands too much time and energy. I only get tired on the court. Hence my sole intention on meeting a pretty girl is to get to the physical aspect of things as soon as possible. "