The addiction to games of chance increases among youth 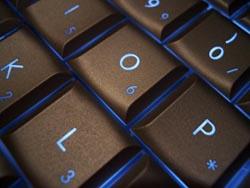 According to the results of a study carried out by a research center in Australia, adolescents are increasingly aware of the practices of Internet gambling. It also appears that cases of addiction among them are steadily growing on the Oceania continent.

The younger ones are not immune

In Australia, a center for research on gambling and the prevention of its harmful effects has just published a troubling study that notes an increasingly early addiction of young people vis-à-vis games of chance on the Web. The center in question – Reponsible Gambling Advocacy Centre – has observed an alarming increase in the number of cases of dependence among adolescent populations. Indeed, it appears that nearly 80 percent of Australians between ages 10 and 24 have already wagered money on games of chance.

"Associations that work every day for the protection of young people, of course, denounce the irresponsibility of operators, as well the excessive broadcasting of advertisements that feature Poker and sports betting on television and in the newspapers".

Associations that work every day for the protection of young people, of course, denounce the irresponsibility of operators, as well the excessive broadcasting of advertisements that feature Poker and sports betting on television and in the newspapers. It's the same reason that drove thousands of anti-online gambling activists to demonstrate in the streets of Sydney several months ago, something which at some point should alarm the authorities.

Not only is the glut of ads harmful to young people, but the rapid development of innovative technologies also is making it too easy to access to the sites of casino games, Poker and sports betting. In effect, we can no longer compare the present state of things to that of the last century, when access to modern technologies was more limited.

Another detrimental factor: the exaggerated influence that celebrities have on young people. Indeed, stars of show business do not hesitate to show off by playing Poker or singing the praises of a bookmaker. While 50 Cent has launched a platform of online Blackjack, Paris Hilton has not hesitated to share her passion for games of chance. Also in France, Patrick Bruel has contributed to an outbreak of Texas Hold'em, while former football stars like Marcel Desailly have encouraged many players to bet at the sites of operators of online sports betting.