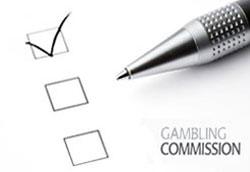 Recently the land-based casino game and online betting sectors have been tending towards a certain convergence. While the leading operators in the iGaming market have announced their intention to invest in social gaming, several companies offering amusements for social networking sites would now like to integrate the market of internet casino games. The Gambling Commission of Great Britain, moreover, is in charge of the "social gaming" dossier and will need to be studying the possibility of issuing licenses to the operators involved.

According to John Travers, corporate affairs manager of the Gaming Commission, the social games that one finds on sites like Facebook obscure the barrier separating real gambling games from others. The real question that must be posed, if we are to believe the words of Mr. Travers, is to try to determine whether social gaming is really gambling.

"The real question that must be posed, if we are to believe the words of Mr. Travers, is to try to determine whether social gaming is really gambling."

Technically speaking, the games displayed on social networking sites require the purchase of virtual money, which one can use to purchase gifts for friends or else simply to advance further in the game. But isn't this virtual cash a way for operators and providers to circumvent the legal definition of the expression "real gambling"? It has even enabled them to evade the scrutiny of American and British regulators. And yet, one ought to note that the reality of "social gaming" is different from what it seems. While users do indeed buy virtual money, they do so with real money. Thereafter they even can redeem the points won in their everyday life. Reports have recently shown that there even exists a black market in which players can exchange their virtual gains for real money!

The social networking sites today report millions of dollars in revenue. Facebook, the leading site at the global level, for its part is worth many billions of dollars! The only problem is that minors under age 13 can easily register on social networking sites. Moreover, one can notice that there is a real proliferation of casino games on those very sites, the latter being accessible to anyone, including young persons. It must be admitted that the fuzzy line that exists between "social gaming" and gambling is not easily decipherable.

It is worth noting that the effects of "social gaming" on minors are disastrous. Recently, in Liverpool, England, a grade-schooler learned how to play online Poke on a popular social networking site. What's more, he used his father's credit card to do it, the account being thereby debited in the copious amount of 7,000 pounds sterling! Ah yes, that must really have hurt...